Patriots beware,
The union is out to get you.
There can’t be
A bourgeois society
If the oligarchs don’t need you.

In an authoritarian state,
It’s too hard to differentiate,
Between all the nationalist drones.
You’re either in the in-group,
And since you’re not, you’re out.

Religion can’t save you,
And academics aren’t allowed,
Because syndicates hate media.
Democracy is just too difficult,
Communism is so much easier.

“The core element of this doctrine is getting the West to treat Russia as if it were the Soviet Union, a power to be respected and feared, with special rights in its neighborhood and a voice in every serious international matter. The [default] doctrine holds that only a few states should have this kind of authority, along with complete sovereignty, and that others must bow to their wishes. It entails defending incumbent authoritarian regimes and undermining democracies.” Excerpt from: The Putin Doctrine—A Move on Ukraine Has Always Been Part of the Plan

“Do we—do we liberals—want to accept that? If we do, we accept, though perhaps without knowing it, the claim that democracy is unsustainable, which brings us back to accepting the view of status-quo elites who are already engaged in war by other means.
Liberals believe democracy is sustainable. They believe freedom is a birthright. They believe individuals born with inalienable rights. They believe the government should maximize opportunity and minimize suffering. So liberals must reject the definition of politics as war by other means and replace it with something constructive, creative and liberating. Fortunately, the president is modeling that.
In his historic paradigm-shifting speech earlier this month, Joe Biden said, rightly, that ‘democracy endures only if … we the people see politics, not as total war, but the mediation of our differences.’ Politics, in other words, is how democracies solve their collective problems.
So we should oppose anyone who wants to ‘keep politics out of it.’ We should fight, using politics, those who depoliticize politics.
Excerpt from The problem isn’t that Ron DeSantis is politicizing immigration. It’s that he’s depoliticizing it

Commentary: If you let the devil have the upper hand, we will all become bondsman, and democracy will fail, so we have no choice, but to make sure freedom prevails. Don’t believe the devil’s lies, that you can have it both ways. You can’t support democracy and sell your capitalist soul to autocracy. It’s a trick to weaken your conviction; to destabilize your firm foundation; to make you over confident, that you won’t be affected by the slippery slope that leads to autocracy. If you support autocracy, you are undermining democracy—why is that so hard to understand?
The reason communists, socialists, fascists and marxists embrace each other is because they don’t feel threaten by the other, so they give each other space, in order to maintain their deception of “honor among thieves”.
The only way to save humanity is for truth and democracy to win over deception and autocracy. An “injustice anywhere is an injustice everywhere”, and its coming to a theater near you. Just because I’m not adverse to the inevitable final confrontation between “good versus evil”, it doesn’t mean I won’t acknowledge that the world might burn if WW3 escalates into a nuclear showdown. But that’s the choice freemen must make, because that’s what I’ve enlisted for.

“It’s inevitable, that the last war, will be communism versus democracy (Israel), the US has to decide once and for all, which side it’s on. If you’re still on the fence about your allegiances, you’ll be the first to be obliterated, because if you’re not with me, you’re obviously against me.” By: A. Freeman

“You are the salt of the earth, but if salt has lost its taste, how shall its saltiness be restored? It is no longer good for anything except to be thrown out and trampled under people’s feet.” Bible, Matthew 5:13 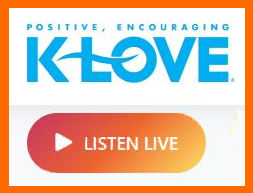